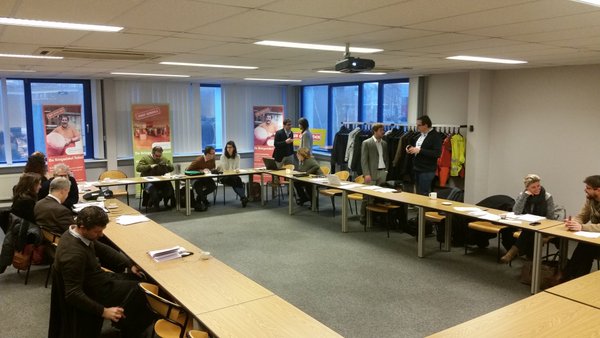 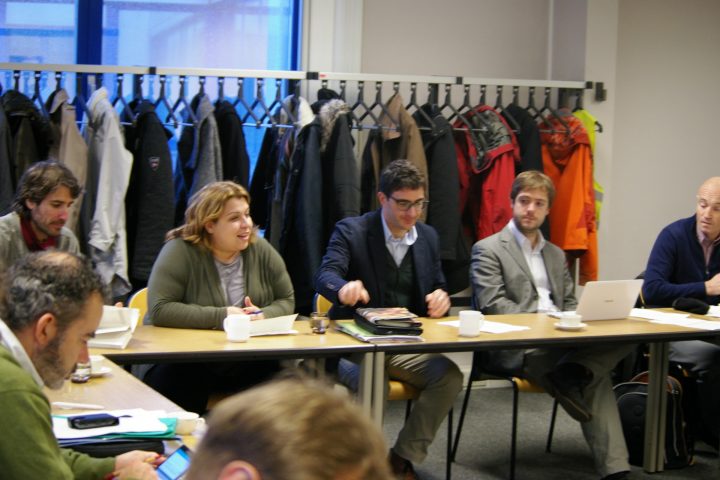 Officials from the European Commission department responsible for the Circular Economy Package were given a tour of a Belgian re-use centre in February followed by an exchange of views with the RREUSE network on new waste legislation proposals.

Mr. Julius Langendorff, from the Waste Management & Recycling unit of DG Environment, and other colleagues visited the Kringwinkel facility in Vilvorde, Flanders accompanied by representatives of RREUSE.

Mr. Langendorff said the Commission did consider whether to have a separate preparation for re-use target in the Circular Economy Package of waste legislation and whilst they did not propose one, did mention that the Commission are still looking into the feasibility of setting a separate target for WEEE preparing for re-use, following this mandated action in the WEEE Directive.

He also said that proposals for new Extended Product Responsibility (EPR) schemes could include fees differentiated based on how durable, repairable and recyclable a product is.

RREUSE warned that the inclusion of non-waste in the definition of preparing for re-use may have unintended consequences as some re-use social enterprises members as well as other second hand operators dealing only with non-waste are not licensed to manage waste. The new definition could force them to comply with the burdensome waste regulation without concrete benefits and would not increase the amount of products being reused.

Representatives of RREUSE also pointed out the need for approved re-use centres to get access to waste collection points, in order to help divert the large amount of thrown-away goods that could be re-used being sent to landfill or recycling.  A separate target for re-use in the CEP would be the best way of ensuring this access was granted and protected, according to RREUSE.

The importance of promoting social clauses in contracts governing access to waste collection points was also emphasised.  These would ensure that organisations that help disadvantaged workers get priority access to re-usable goods from municipal collection facilities and ensure that these organisations, which have helped thousands get back into the workplace, are able to sustain their social enterprise business model.