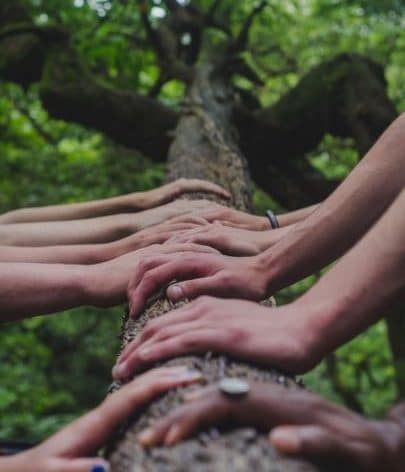 On 27 May, the European Commission revealed its revamped EU budget, a European Recovery Plan and its adjusted work programme, reaffirming the urgency for the post-coronavirus world to be “sustainable, even, inclusive and fair for all Member States”. Based on a first analysis and aware that discussions are still ongoing at EU level, RREUSE welcomes the recovery strategy as a big step in the right direction. However, more clarity is needed as to how the Emergency Recovery Instrument, amounting to €750 billion, will be used to support social and circular enterprises emerge from the crisis.

RREUSE supports the EU’s high ambition to gear unprecedented financial incentives towards a “green recovery” and to set the circular economy as a major component of this transition. Though encouraging, the financial tools including the Just Transition Fund, React-EU andthe Recovery and Resilience Facility,among others, are not conditional on green and social investments and, currently, lack crucial detail on their distribution. While sectors such as transport and renewable energy are mentioned, it is unclear who exactly is to benefit from these funds, how the funds will be allocated among actors and on what grounds.

Awaiting budget approval, RREUSE calls on the EU institutions to better define the scope and eligibility criteria of the temporary funding schemes, consisting of loans and grants, as well as specific guidelines on exactly how such initiatives will be implemented at Member State level. According to the Commission, unemployment is set to rise to 9%, hitting young people and those in low-skilled, temporary work and living in poorer housing conditions disproportionately hard. It is therefore imperative to earmark part of these unprecedented funds in such a way as to ensure that in practice, investment is effectively directed towards supporting green and social enterprises through the crisis, creating jobs and contributing to the well-being of our communities.

On Europe’s need to address the “lessons of the crisis”, the proposal lacks clear mention and support measures for the repair, re-use and preparation for re-use sectors. These activities should be recognised alongside traditional waste management operations as essential services.

Following global economic collapse and worldwide shortages of ventilators[1], masks and other PPE equipment, the coronavirus crisis has clearly shown us:

As RREUSE director Michal Len commented, “Striving to achieve a just and inclusive green transition requires the social and circular economy to work hand in hand with EU financial instruments following suit”. Now more than ever, the repair, second-hand and social movements are needed, in conjunction. Not only do these sectors provide job and training opportunities but they also ensure resource-efficiency and affordable goods for low income households worst-hit by the crisis.

In parallel, RREUSE is sorry to note the Commission’s decision to delay the initiative aimed at empowering consumers in the green transition. Putting consumers’ rights aside will hinder immediate ethical consumption (and production) and delay the repair movement. Access to valuable knowledge, manuals and spare parts are key to uphold citizens’ right to repair goods and appliances.

Thus, moving forward, it is essential for the EU to ensure that both the social and circular economy work together as driving forces bringing about a fair and inclusive green transition.

In the coming months, the Commission’s proposal will be reviewed and discussed by all 27 Member States. The proposal will need to be approved by a majority vote in the European Parliament and by unanimity of the 27 EU governments in the European Council. The final agreement on the Recovery Strategy is not to be expected before July, when Germany takes over the rotating presidency, and a final agreement on the overall EU budget is exepected by the end of the year.