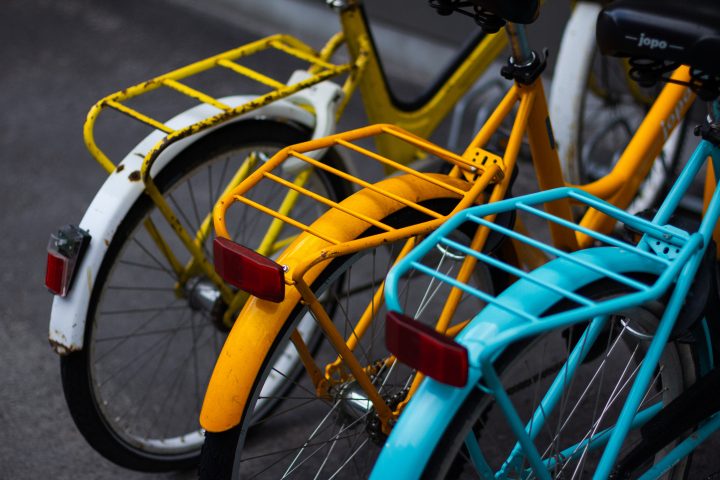 For the first time, data for 2019 in Germany shows that electric bikes were sold in higher numbers than diesel cars. It is estimated that the overall bike industry employs around 281,000 people in Germany alone.

As the European Commission pleads for cities to double bike lanes by 5,000 km in the next decade, it is clear that the industry will keep growing in coming years. Subsequently, bikes are likely to become an increasingly important waste stream.

Social enterprises from the RREUSE network collected 2,500 tonnes of used bikes in 2019. For instance, HERWIN, the re-use network of social enterprises in the Belgium region of Flanders, reported repairing 131,000 bikes in 2019, while also selling 6,800 second-hand bikes and renting 54,000.

To increase circularity and bring social innovation into mobility, social enterprises from the RREUSE membership are running a number of projects helping citizens, municipalities and re-use centres to embrace the potential of biking, including through:

National policies are also moving forward in recognising bikes as one of the product categories to be tackled. France and Greece recently approved a new Extended Producer Responsibility (EPR) scheme for sports equipment, thus making producers responsible for the end-of-life management of these goods. In France, it will be implemented by 2022, and at least 5% of the EPR contributions will be headed towards re-use funds. France recently reported a boom in sports equipment re-use centres run by social enterprises.

To ensure the extension of the lifespan of these products, taxation should be leveraged to incentivise re-use and repair including 0% VAT rates applied on the sale of second-hand goods and on the cost of the labour of repair. By promoting re-use and repair of bicycles, social enterprises can prevent waste while also creating job opportunities and improving access to bikes for disadvantaged people. Oscar Planells, Research Officer at RREUSE highlighted,

“The rise of the biking culture is an immense opportunity for Europe to boost active and clean mobility. This rise should go hand in hand with increased re-use and repair practices wherever possible, and must be made available to all population groups. Social enterprises can ensure a longer lifespan for bikes while fostering innovation, employing disadvantaged people and enhancing local resilience”.