France to create a Solidarity Re-use Fund (and other re-use friendly measures)! 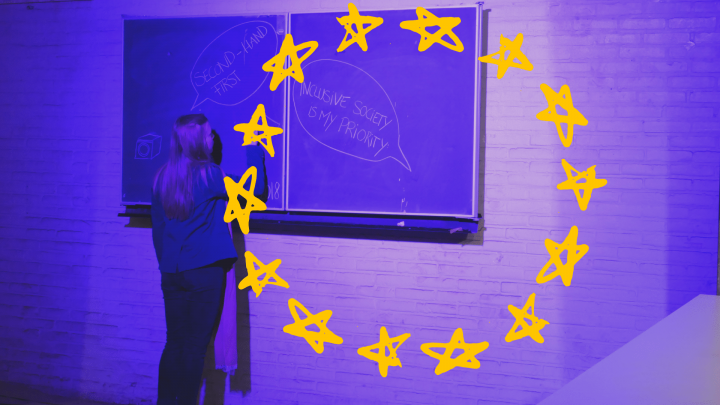 Member States have until the 4th of July 2020 to transpose the updated Waste Framework Directive. After a final vote in the Senate on the 30th of January, France is now the first to validate its transposition law. Among other ambitious proposals, the text will trigger the creation of a Solidarity Re-use Fund, a re-use and preparing for re-use target, a ban on the destruction of unsold goods, re-use corners in municipal waste collection points and access to more information on the repairability and durability of electric and electronic products. RREUSE hopes that these measures will inspire other Member States.

A Solidarity Re-use Fund
To support the creation of 70.000 jobs for the most disadvantaged groups by 2030, the Fonds pour le Réemploi Solidaire will be set up. It will guarantee that 5% of the fees collected via Extended Producer Responsibility (EPR) schemes covering re-usable waste streams (such as textiles, furniture and WEEE) are used to finance re-use and preparing for re-use activities conducted by social enterprises. This very welcome tool will hopefully ensure that EPR schemes do not only finance recycling activities – a phenomenon the RREUSE network previously noticed during the introduction of such systems. This fund was proposed and supported by several French environmental and social organisations including RREUSE member, Emmaüs.

A combined re-use and preparing for re-use target
Re-using or preparing for re-use only 2% of EU generated waste could help reduce CO2 emissions in the EU by 5%, all the while supporting about 400 000 jobs. Two re-use or preparing for re-use targets have already been implemented in Spain and Flanders, with France now joining the movement. The level of this target will be determined later by decree for the period 2021-2025, and then renewed every 5 years. RREUSE consistently advocates for the establishment of such a target at EU level as it would help secure partnerships between re-use operators, EPR schemes and municipalities. The Commission will have to consider this measure by December 2024.