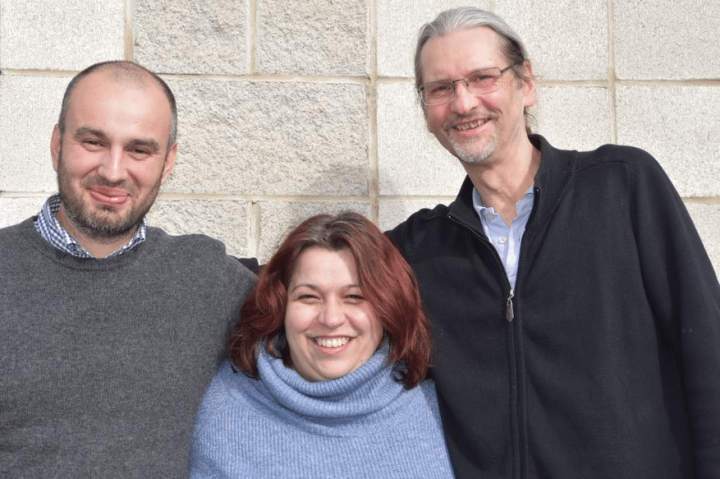 After seven years of impeccable leadership as President of RREUSE, Antigone Dalamaga has passed on the presidency to Matthias Neitsch following a unanimous vote at RREUSE’s Annual General Assembly.

Matthias is the Managing director of RepaNet, the Austrian NGO for social economy re-use enterprises and re-use and repair networks, and of VABÖ, the Austrian Federation of Municipal Environment & Waste Advisors. Since its founding in 2004, RepaNet has been a member of RREUSE and Matthias has been part of the Board for over a decade. For over 15 years now, his main activity has been to promote the implementation of regional re-use and repair networks with a special focus on social and solidarity economy, networking and lobbying for re-use, repair and other aspects relating to a sustainable lifestyle.

In moving forward with the RREUSE presidency, Matthias believes the most pressing challenge is the mainstreaming of the EU’s Circular Economy Action Plan 2.0. He insists it will have to include “a strengthening of social economy re-use operators beyond the obvious labour market promotion as well as the preservation and expansion of social economy textile collection and re-use. In Austria as well as in many other European countries, the social economy has maintained the structure of textile collection during the COVID crisis and thus, proven to be a reliable player of systemic importance in textile management. This is a crucial factor that needs to be considered by European as well as national and local authorities in regard to the EU-wide mandatory textile collection by 2025.”

According to Matthias, another aspect needing increased focus at EU level is re-use in the construction sector. The first-hand experiences RepaNet has been making with BauKarussell, an Austrian Social Urban Mining start-up, are a valuable basis for facing future challenges and working on establishing more sustainable and social standards in the construction industry at EU level. Last but not least, re-use of WEEE and of furniture still leaves a lot of room for improvement: “In particular, in many countries, the WEEE EPR-systems are still not paying properly for preparation for re-use although they should do so according to European legislation,” says Matthias.

Outgoing president Antigone Dalamaga, Director of the Ecological Recycling Society in Greece, played a vital role in the stability and growth of the RREUSE network. Reflecting on her mandate, Antigone highlights that “with re-use and repair coming out of the shadow of recycling, local job creation high on the agenda and the role of social enterprise in the green & social transition increasingly recognised, we’ve come a long way in recent years. In particular, we were delighted to sign a partnership with DG EMPL to support and keep working towards inclusive job creation in Europe.”

As Honorary President and acting Vice President, Antigone, will remain an essential driving force at RREUSE, alongside a wonderful team of ten experienced social entrepreneurs and representatives making up RREUSE’s Board of Directors.  Antigone is also an active board member of Zero Waste Europe and continues to fully support the ecological and social transition with her 25 years of experience in the field of Sustainable Waste Management at the local, national, and international levels. RREUSE thanks Antigone for her fantastic service to the organisation and wishes Matthias every success in his new role.