Do you ever wonder how much of our discarded waste is still reusable? According to recent estimates, 1/3 of all material arriving at recycling centres and civic amenity sites can still be re-used and at least 25% of electronic waste still has significant re-use value.

Unfortunately, a lack of legal support for waste prevention and re-use results in these masses of reusable goods being prematurely recycled, landfilled or incinerated. Just because something becomes waste doesn’t necessarily mean it can’t be re-used!

Re-use of unwanted but usable goods should be the top priority, above recycling

RREUSE promotes an EU policy framework that enhances cooperation between all the actors of the re-use value chain in order to prevent re-usable goods from being destroyed too early. Approved re-use centres and networks could collect these items before they become waste (re-use) or separate these items from the waste stream (preparing for re-use) and give them a new lease of life, whilst simultaneously providing significant employment and training opportunities in the re-use and repair sector.

For this to happen, donation to re-use social enterprises should be promoted as the first reflex consumers should have when discarding goods, and access to waste collection points must be granted to all preparing for re-use operators holding a waste licence. Municipalities, waste management operators and producer responsibility organisations should form partnerships with re-use and preparing for re-use actors from the social economy.

EU targets for preparation for re-use and/or re-use would help create these partnerships and ensure that reusable products are given a new lease of life, low income groups would have access to material goods and at least 300,000 green jobs could be created.

EU Member States have until 4th July 2022 to transpose the updated Waste Framework Directive. Among the changes brought to the former version features the obligation for Member States to report their preparing for re-use rates separately from recycling rates, as well as the monitoring of data on re-use. By 2024, the European Commission must look into the feasibility of setting separate quantitative targets for re-use and preparation for re-use rates.

Did you know? In the EU, only one country (Spain) and one region (Flanders, Belgium) have preparing for re-use or re-use targets.  The EU must look to these two examples and follow suit.

Flanders, Belgium, has a re-use target of 7 kg of material per capita by 2022, linked to the Flemish network of re-use social enterprises working under the brand of De Kringwinkel. This new target follows the previous objective of 5 kg re-used by the end of 2015 alongside an employment target of 3000 Full Time Equivalent jobs. As a result, the social enterprise re-use sector in Flanders now supports over 5000 jobs, with the majority of those being for persons distanced from the labour market.

Extended Producer Responsibility is being promoted as a key market-based instrument to help implement EU waste legislation. However, it is increasingly evident that once EPR schemes have been put in place for waste streams such as Waste Electrical and Electronic Equipment (WEEE), access for approved re-use centres and networks is increasingly restricted, leading to more direct recycling, landfilling or incineration of perfectly reusable products.

See our position on EPR here and a more detailed investigation into how EPR can support re-use here. 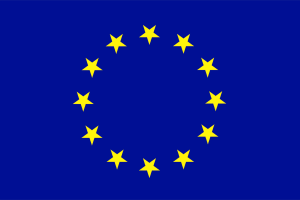 As part of the European Commission’s Circular Economy Package, a number of EU waste laws have recently been updated...